Ascribed status is a social position that is assigned at birth. Assigned status is most prevalent in the caste system of social stratification, which is characterized by rigid social hierarchy and low social mobility.

In royal families, a prince is assigned his status as a royal at birth. This status is involuntary and given at birth, a prime example of an ascribed status.

A common example of the caste system is that (previously) employed by the Hindu system, which divided people into four social castes. People were born into these castes, and this caste was unchangeable over their lifetime. This system bestowed privileges and power to the upper castes while sanctioning repression of the lower castes. 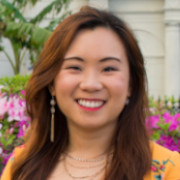