The Common Complement Pathway is a common set of steps that make up the final part of complement activation.

It begins with C3 convertase attached to a surface, the common end-product of the classical, alternative, or lectin pathways. This C3 convertase cleaves C3 into two parts: C3a and C3b. C3a is the smaller part that is released into the bloodstream, where it promotes anaphylaxis and inflammation. C3b is the larger piece that remains bound to the surface to promote opsonization. C3b also activates downstream proteins to produce a C5 convertase.

C5 convertase takes C5 and cleaves it into two parts: C5a and C5b. C5a is the smaller part that is released to promote anaphylaxis and chemotaxis, while C5b is the bigger piece that remains bound to the surface. C5b later combines with C6 through C9 to form the Membrane Attack Complex (MAC). MAC is responsible for punching holes in the activating surface, which ultimately results in cell death. 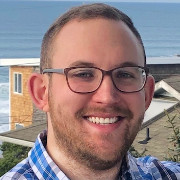