Second-generation sulfonylureas include the drugs glyburide, glimeperide, and glipizide; and they are used in the management of type II diabetes. They work by closing the potassium channels of the islets of langerhans in the pancreas, causing an influx of calcium, depolarizing the beta cells and releasing insulin. Since sulfonylureas increase the total amount of active insulin in the body, one important side effect to note is hypoglycemia, which is especially common in people with kidney failure. 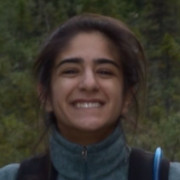