The Cannon-Bard Theory of Emotion proposes that the environment first provides an initial stimulus. Signals from this stimulus next enter the thalamus, which serves as a sort of nervous relay center. From the thalamus, outgoing nerve signals in turn cause physiological arousal and emotional responses, each of which are created in an independent and simultaneous fashion. 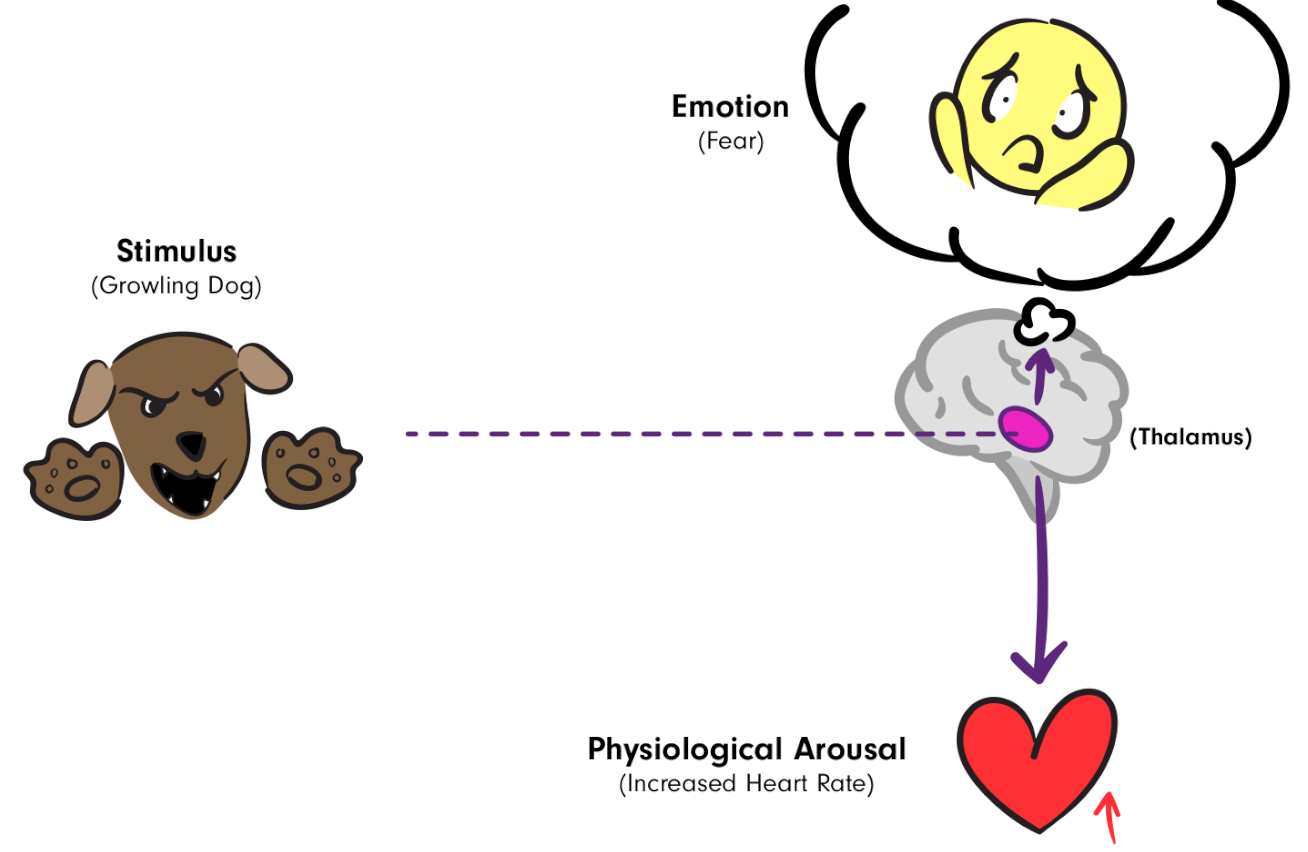 Say you are first greeted by an environmental stimulus. Let's say a scary dog. When you see and hear this dog, this and any other sensory information gets sent into your brain--specifically to the thalamus. You can think of the thalamus as a sort of relay center. From here, it will simultaneously send out two responses. Let’s say the first signal goes to your heart, which causes it to beat faster. Let’s then say the other signal goes out to your limbic lobes, which cause you to experience emotion (probably fear). And there you have it. These signals are unrelated to another -- in other words, they are independent. But they both were produced at the same time, or simultaneously, from the thalamus. The first signal produced the physiological response--that is, your heart beating faster--and the other signal produced emotion, that is, the fear.